19/05/2022, at 5am, I woke up to go to the toilet. I noticed a tinge of blood on the toilet paper when I had wiped and realised it was a bloody show. I went back to bed to try to get some sleep as I thought labour would be approaching soon. I had irregular tightenings until about 7am, and it fizzled out. There was no progress all day, just the same irregular tightenings and a heavy pressure feeling below. I also continued to lose my mucus plug throughout the day. I had a shower and went to bed at 9:30pm.

20/05/22 - I was tossing and turning and thought I felt a popping sensation, so I went to the toilet to do a wee. When I got back into bed, I tossed and turned some more to get comfortable and then the next minute, I heard a popping sound and a thud. At 10:50pm, my waters broke in my bed. It wasn't a gush, it was a slow leak. I called my husband because he was out in our living room staying up a bit, and I said, "my waters just broke. Can you help me get out of bed incase it gushed everywhere?" He came in and helped me, and I sat on the toilet for a bit. I wasn't sure if things were going to kick off soon or slowly as it was my 2nd baby, and my waters didn't break first with my first. Within 20 minutes, mild contractions started. It was about 11:10pm, so I called my mum to come over so she could stay the night to look after our son. She arrived by 11:30pm, and by then, I was contracting every 10 minutes. I popped my TENS machine on to help with my contractions. Very quickly, they started coming 5 minutes apart and became more painful. I was trying to move and breathe through them, focusing on the TENS machine, which was on the highest level, and I kept saying, "I need to poo." My husband was saying, "you don't need to poo, it's just pressure from the baby,' and I continued to say, 'no, I need to poo, and I'm not leaving for the hospital until I poo' I ended up needing to poo, and it was like my body was clearing out to make room to deliver our baby 😆 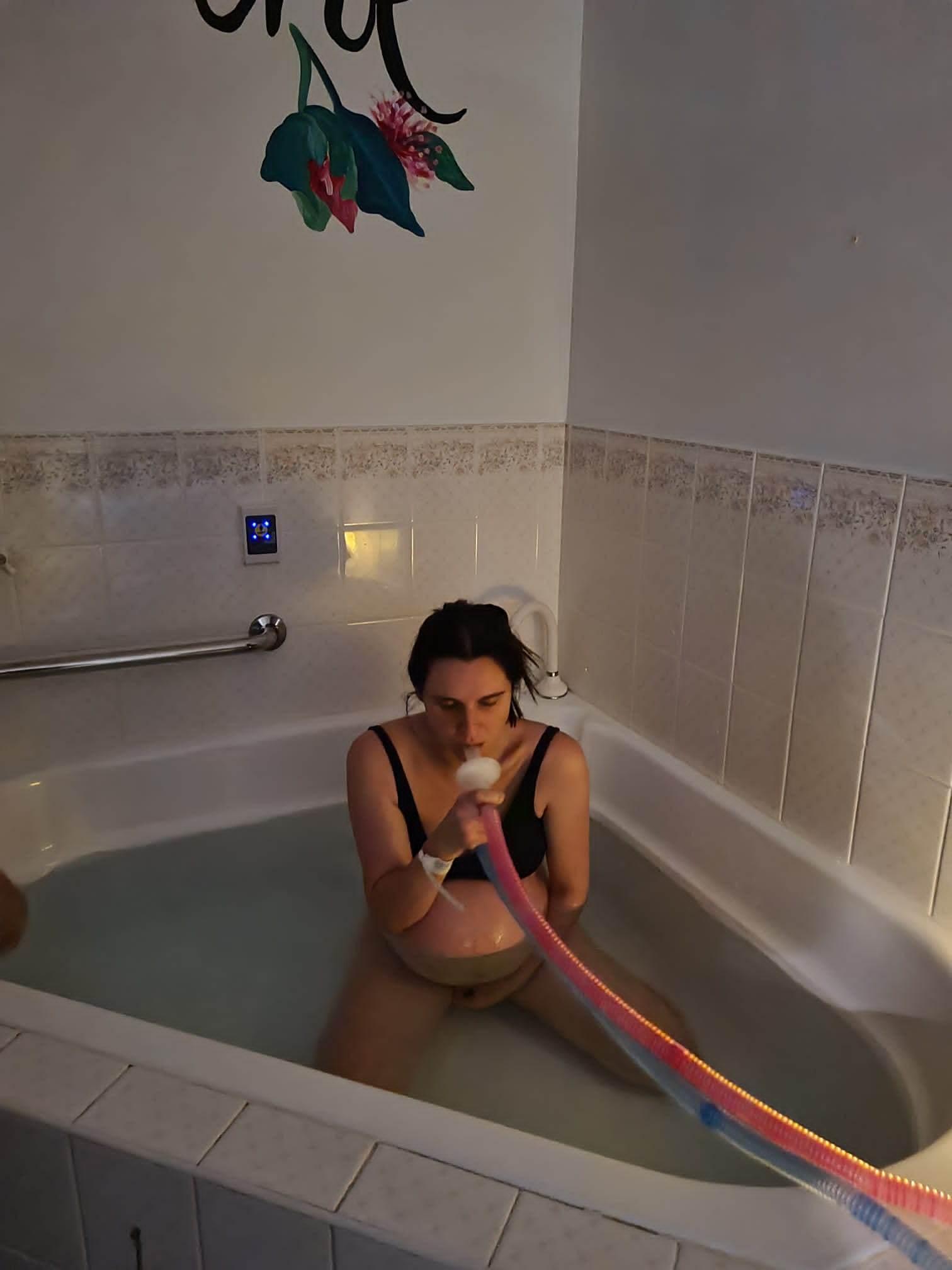 We left to go to the hospital at 1am. It had been 2 hours since my waters broke. The drive to the hospital was about 15 minutes. I think I had about 3 contractions on the way. We checked into the hospital as soon as we arrived, and my contractions came in hard and fast every 3 minutes. We had to do a Covid test upon arrival, which I was really annoyed about. I was in full-blown active labour and getting a PCR swab. We finally went up to the birthing suite. I had planned to have a water birth, so my midwife filled up the bath, and I got in immediately. I started on some gas in the water and was in there for about an hour which was so nice. It definitely took the edge off, but it started progressing more and more and that's when I said I needed an epidural. I was in transition, and I was demanding an epidural so fiercely. By then, I had given up, and my mindset had shifted. I was adamant about receiving an epidural and wanting to 'enjoy' the birth. My midwife gave in and said, "okay, but we have to check your dilation and put on some monitors to check baby and move down the hallway to another room."

I had to lay on the bed so she could check me, but I couldn't lay down or even sit. My contractions were smashing on top of each other. She finally checked me, and I was about 7-8cm dilated, so we moved down the hallway to another room. As we were walking, I was getting a lot of contractions, so I had to keep stopping to ride it. By this point, I was screaming and roaring down the hospital. We got to the room, and the midwife said, "oh, the room isn't ready," so we had to find another one. My husband thought he was going to deliver our baby in the hallway as I was contracting so much and screaming. We arrived at the room, and I kept saying, "where is the epidural? It's not coming, is it?"  I saw another person standing in the room, and I saw a needle, and I said to my husband, "is that the epidural?" He said no, and I just left it. They started putting the monitors on. I asked for some pain relief whilst waiting for the epidural to come, my midwife offered me some fentanyl, and I said "yes!" 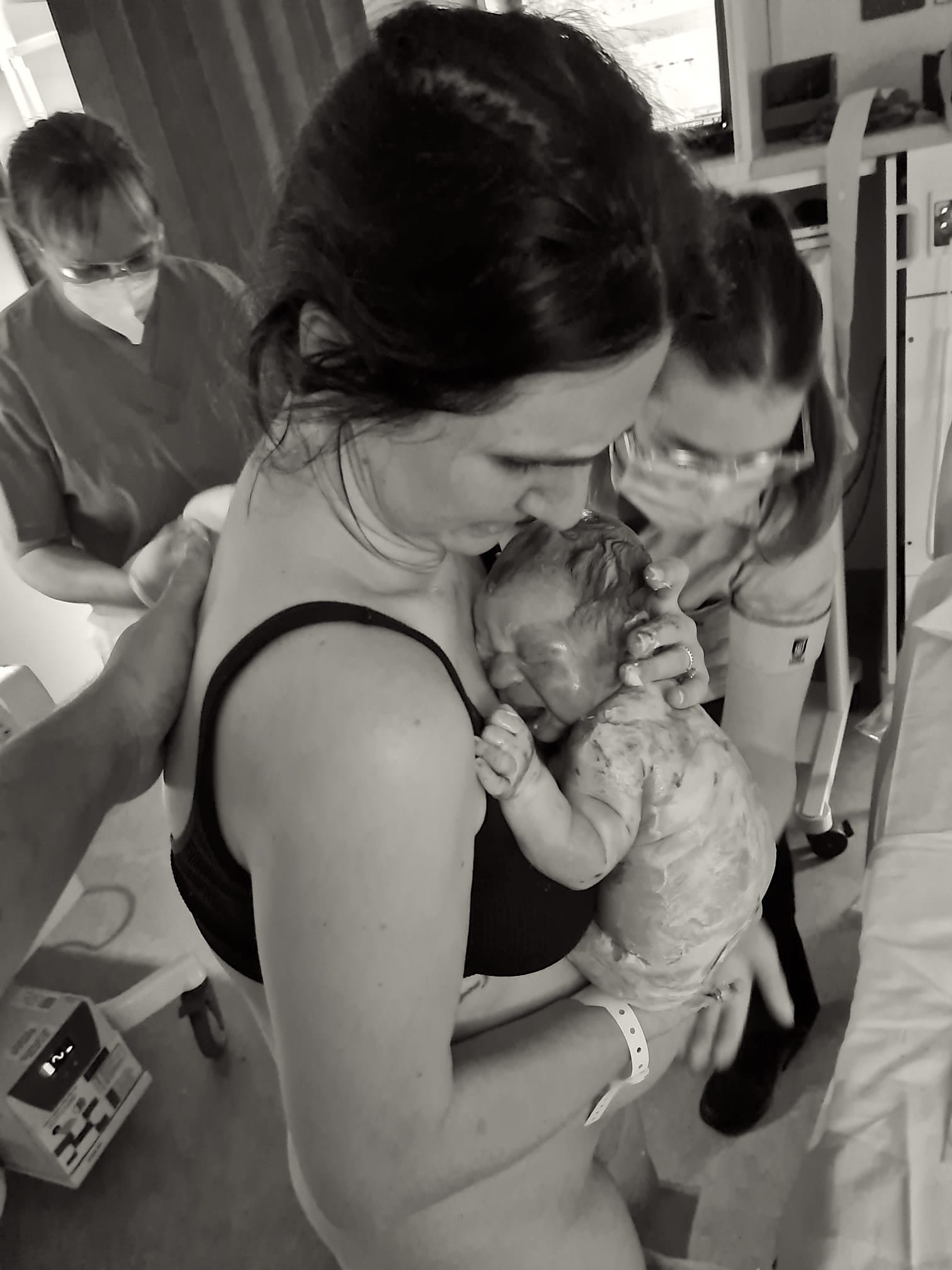 Before I could receive any pain relief, I said, 'I need to push' the midwife said, 'alright, get up onto the bed."  I said, 'no, I'm not getting on that bed', so I just continued to stand there. I was pushing long and hard, and the midwife was telling me to slow down. 3-4 big pushes later, and His head was out. I waited for the next contraction to push his body out. 3:19am Oscar Mikhail Dolgitskiy was born. Weighing in at 4kgs on the dot and 52cm long. I birthed Oscar standing up and grabbed him from between my legs, and I stood there holding him until I birthed my placenta. They gave me the injection for the placenta, and I waited for another contraction to push it out. I hopped up onto the bed and began to feed Oscar- he latched immediately, so perfectly. I had a first-degree tear that required some suturing, so I had some gas to take the edge off during the procedure. I hopped into the shower after that, and we headed to another room. It was almost 7am by the time they did all the checks on Oscar and me. 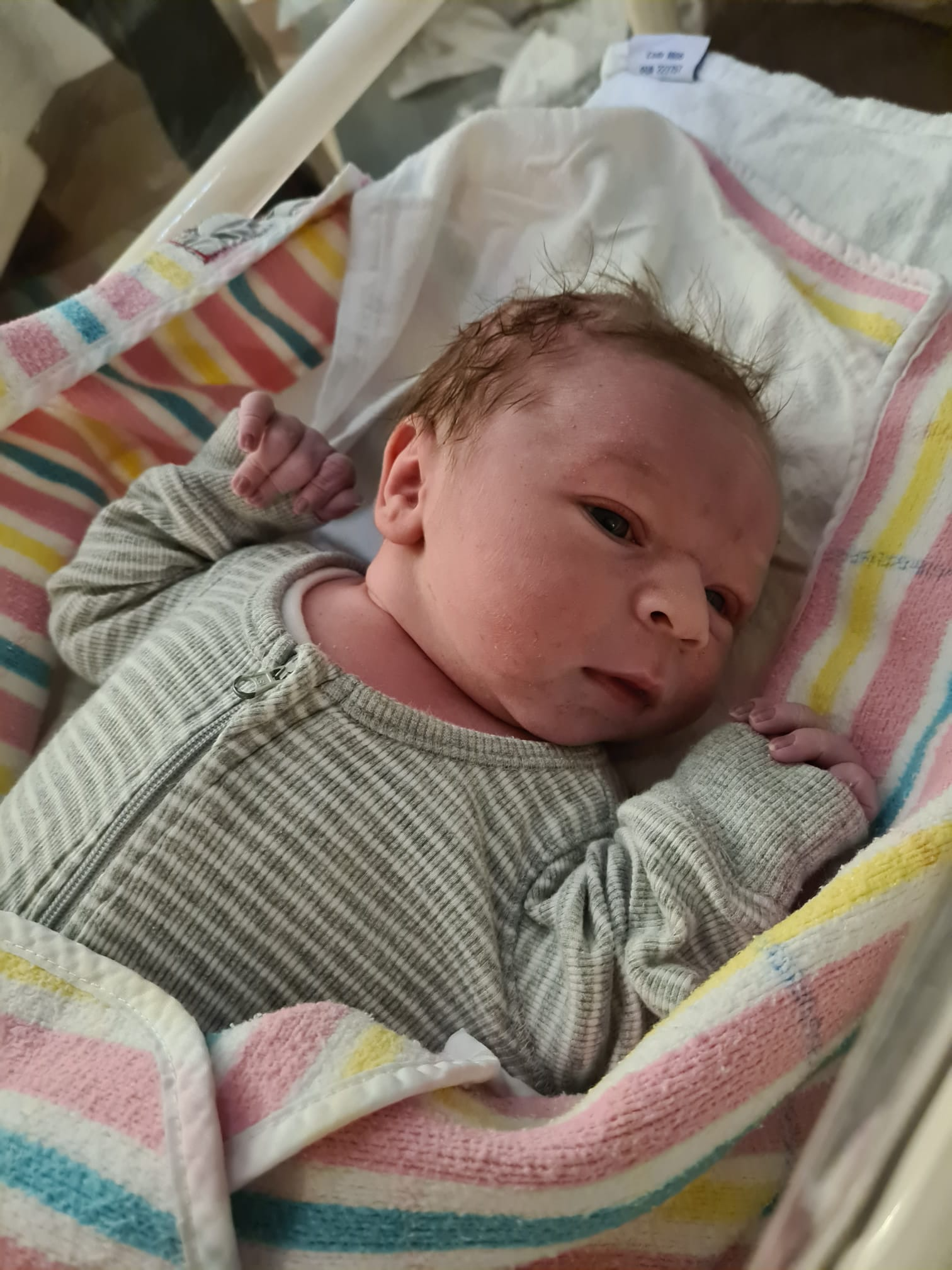 A total of 4.5hrs labour from beginning to end. We stayed overnight as Oscar had a bit of mucus on his lungs and had some issues regulating his temperature, but they didn't have to take him to the NICU, and he stayed with me with close monitoring.

The next day my husband told me that the anaesthetist was in the room drawing up the epidural and asked the midwife if I would still need it. The midwife said, "No, she's going to start pushing any minute." And she was right.

Tips for an Easier Daycare + School Drop Off