May 2, 2021
May 2, 2021
I always said that I’d love to go into labour during the day after a full nights sleep, as I went into labour at 8:30 pm with my almost two-year-old daughter, Billie, and laboured till 11 am the next day which was exhausting! Billies birth felt like an eternity but ended in bliss when I delivered her myself in the birthing pool.

For this birth, it was a different story. I put Bil down for her nap and tried to chill, knowing it may be coming. At around 10:30 am, I started timing contractions which seemed to be quite long and frequent already. I waited a while to see if they’d continue or if they were going to die off as my husband, Michael, was working 1.5 hours away from home, and I didn’t want to call him unless it was really game on.

They got a lot more intense very quickly, so I called him, but there was no answer. I knew the reception was poor where he was working, but I didn’t think I wouldn’t be able to contact him during labour! I tried to remain calm but eventually started to panic slightly. What if he missed it? What if it was coming faster than I expected, and I would birth at home on my own? After half an hour of calling non-stop, I remembered that Michael gave me the number of the foreman at his site. Thankfully he answered and hurried to get Michael! My mum came over and helped keep Billie entertained as she was now awake.

By this stage, I was REALLY feeling the force of it all, and I could tell it was progressing quickly by the sounds I was making. I jumped in the shower for a bit of pain relief and to feel a little fresher for going to the hospital (priorities, haha). Finally, around 12:40 pm, Michael arrived home and hopped in the shower immediately.

A few minutes into the shower, my mum told him that we’ve got to go as the hospital wanted me there. He and I jumped in the car, and it really hit me that it was all about to change. I absolutely bawled my eyes out, saying goodbye to Billie, then she started to cry too. We were saying goodbye to being a family of three, and oh my gosh, it was just so emotional leaving her. I didn’t expect this to be such a huge thing for me, nor did I really expect to feel that upset. Driving away from her broke my heart!

The hospital was 16 minutes from home, which felt like forever. Contractions in a car are never fun. I remember driving by the ocean and feeling slightly calm, as my visualisation while breathing was waves going in and out. Being in the water for so much of my pregnancy was such a good comfort for me, so seeing the ocean while in labour helped me. I used a tens machine this time to help with the pain, which managed to be a good distraction for me but didn’t do much for the pain itself. I also had a comb in my hand, which I would squeeze HARD during every contraction. I feel like this actually did more than the TENS machine.

Once we got to the car park at the hospital, Michael bolted to go and get a wheelchair and some help. Seeing as COVID was still a thing, there was a line to enter the hospital to sign in. Luckily he ran straight up to someone and said his wife was in labour, so they immediately called the midwives down with a wheelchair. I remember just screaming in the car for what felt like forever! I am very vocal when in labour; I think it helps to give my pain a voice. Two midwives came with the wheelchair and got me into the elevator.

I knew it was really progressing because I was so loud. Michael asked if the birthing pool was free, as I was hoping to have a water birth again. The midwife said that there wouldn’t be enough time to fill it up as it takes around 40 minutes, and I’d probably have the baby by then. There was also no midwife on shift who was qualified for a water birth, but she was due to start in around 45 minutes.

We were both pretty shocked by that, as we didn’t think it was happening this quick! The midwife checked me out and said I was at 8cm already. She suggested jumping in the shower to help with the pain (I didn’t use any pain relief again). The hot water on my back was sooo nice. I eventually felt like I needed to get onto the floor and lean over the exercise ball. Then it all happened so quickly.

I felt a huge amount of pressure, then had to poop (the reality of labour), then my water broke! I felt her head drop down inside of me, which was a really incredible feeling. Last labour, my water didn’t break until I was in the pool, so I had never really experienced the full sensation of it all!

There was meconium in my waters, so the midwife got me up and onto the bed to monitor my baby. I felt the pressure again and felt like it was time to push. It was happening so fast. I felt SO much more in control of my body this time around and was so focused on my pushing. This paid off as I have no tears or grazes whatsoever! I’m still astonished by this.

Slowly I pushed her head out and had my hand on my vagina and her head the entire time, which really helped me keep it in control and slow.

On the next contraction came her body. The relief you feel once you birth your baby is unlike ANYTHING. It’s pure bliss once that last foot is out, haha.

From when my water broke to when my placenta was out, it took 20 minutes. And only 45 minutes at the hospital! This still blows my mind! I thank GOD that Michael was able to make it home just in time.

Our daughter, Sunday, was born at 2:38 pm and was just beautiful.

I lost quite a lot of blood (about 20ml off a haemorrhage when they checked, but kept bleeding) and had to experience the doctor pressing on my stomach with such force that I was screaming. This was to get blood clots out, and my goodness, it was almost worse than labour.

After that, I continued to lose blood, so I was put on a drip and kept overnight to be monitored. I felt pretty crap, but eventually, the bleeding slowed, and I slowly felt better.

I had heard that second labours are quicker, but I never anticipated how quick! I’m so thankful for this birth and that it was different to my first so that I could experience different things.

Also so grateful for the two beautiful midwives, Lauren and Marina, who we had over our time in hospital. I’ve had such positive experiences birthing in a hospital setting, and I truly think that is due to the midwives and their care.

I still can’t believe I’m not pregnant! I keep going over the labour in my head, and I feel so proud of myself, as well as Michael, who was such an incredible support during the birth. He even cleaned poop off my foot in the shower, haha, that’s love!

Preventing Dog Bites to Your Little One 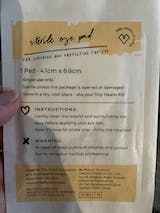